One of the most often overlooked clauses in travel insurance policies is that most companies want you to contact them before seeking treatment in another country. This may seem ridiculous as you’ll most likely rush to the nearest hospital if something happens however let’s look at it from the insurance company’s side for a minute. I’m going to use the US in this example however rest assured the same thing happens around the world. 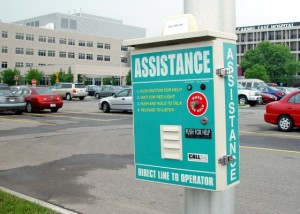 Recently, the US government has opened the veil that used to cover healthcare in America. Say what you will about Obamacare and the struggles and mayhem that it’s causing right now, airing out a lot of little secrets about hospital practices has opened the eyes of many.

Before this transparency, American hospitals guarded their price lists, known as charge masters, with utmost secrecy. It took the government to compile a database comparing Medicare Provider Charges before the realization of the vast cost discrepancies across the healthcare market for people to see how much they were overpaying. Some of these new findings seem absurd however without that government intervention, most of the populace didn’t even realize it was going on.

Now the fact that you and I as well as the majority of Americans didn’t know about it doesn’t mean that most of the large insurance companies haven’t compiled their own internal database over the years. They have long known that certain hospitals charge more than others for the same procedures and that some hospitals were more willing to cut a deal for certain services.

This isn’t so shocking however the fact that some hospitals charge 10 to 20 times as much as a similar hospital down the road for the exact same procedure seems ludicrous. The Huffington Post has a great article on this and how one hospital in New Jersey charges $99,690 for a COPD procedure while another a few miles down the road charges only $7,044! If you have a few moments, you can read their article here.

Getting back to insurance companies, by telling you which hospital to go to, your insurance company is potentially saving themselves tens of thousands of dollars and even more depending on the circumstance or procedures you require. You might not care how much money they save however if you ever wonder why your insurance premiums seem to be rising every year, part of it is because they are having to pay out larger and larger claims.

Another more important reason this might be of interest to you is that if, by some chance, your insurance company denies your claim and fails to cover your costs due to a faulty claim or pre-existing condition, you might be on the hook for all your treatment costs. With procedures sometimes reaching into the hundreds of thousands, taking a minute to choose which hospital charges a reasonable amount for admission isn’t too much to ask, especially if it’s not immediately life threatening.

As always, read your fine print on your insurance form and if they have a number you need to call before signing in to admissions, it might be a good idea to keep it handy. It could save you thousands.

*As always, the information on this page is from one Canadian traveller to another. We have spent years abroad and have gotten to know the ins and outs of the industry however we are not travel insurance agents. If you have any travel insurance questions, please talk to a qualified travel insurance agent or broker. Finally, policies and plans can and do change all the time, without warning, so always consult your insurance policy since that is the legal document to which you are agreeing to.
*This article is only intended as general advice. Please check your own policy carefully.

We need your input! If you think we're missing a particular company drop us an email and we'll add it to our list.
Get In Touch
Copyright © 2020 Canadian Travel Insurance Review - All Rights Reserved. Privacy Policy. Disclaimer. About Us.

The information and content of this site is intended for general informational and entertainment purposes only. It is not intended as insurance, legal, financial, tax or any other professional advice or services. Insurance policy wordings are subject to change at any time, without prior notice. We are not responsible for errors or consequences from your use of this information. Read policy details to ensure that a policy is right for you.